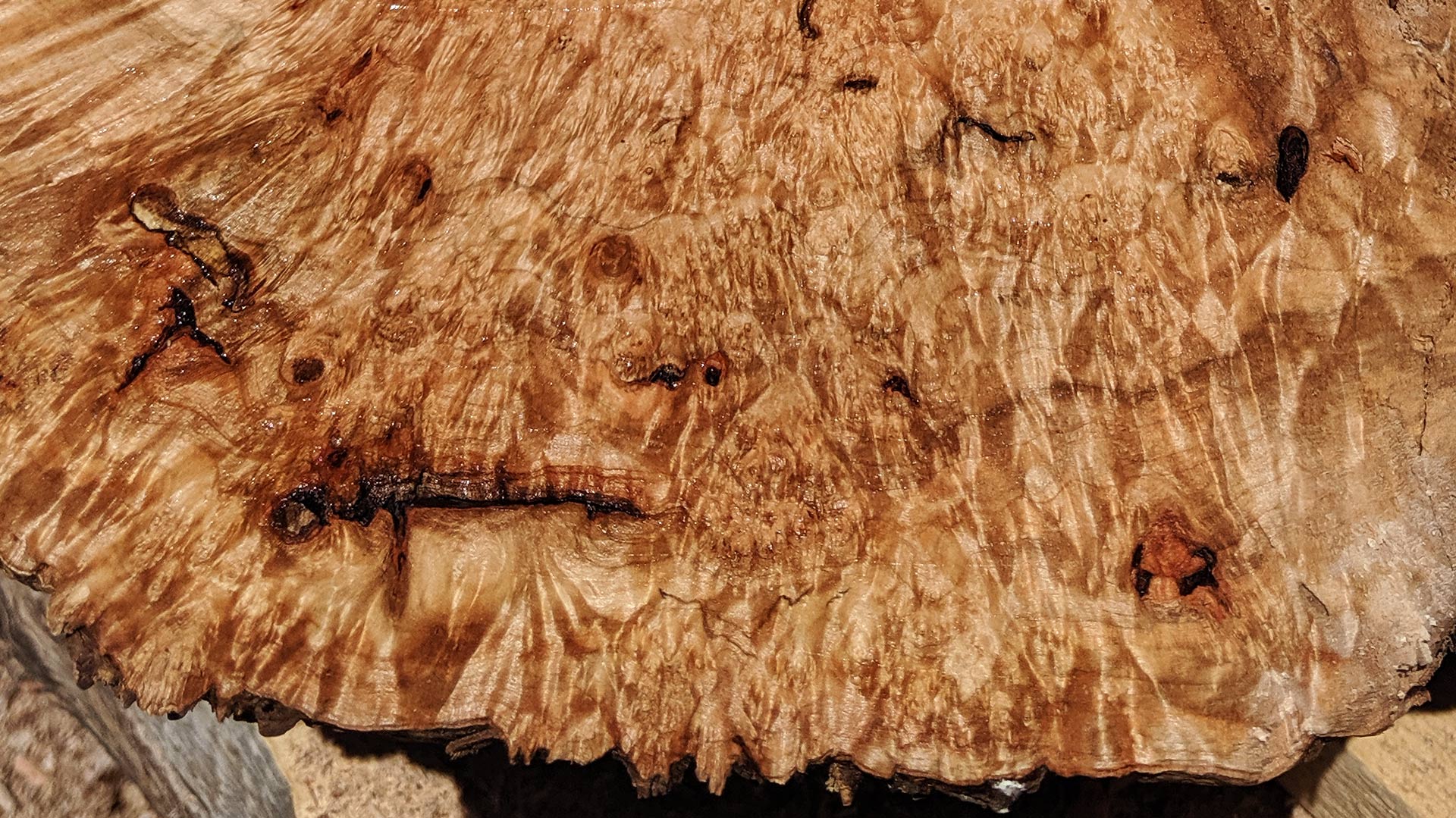 Milling wood is the process of making a piece of lumberThe product of the saw and planing mill for which manufacturing is limited to sawing, resawing, passing lengthwise through a standard planing machine, crosscutting to length, and matching. Lumber is simply solid wood that has been sawn to a particular size. Traditionally produced from very large diameter logs, lumber is now often made from logs as small as 8 to 12 inches (20 to 30 cm) in diameter. Lumber is always measured, bought, and sold based on nominal, rather than actual, sizes. Measurements are affected by moisture content and, in the case of hardwoods, by whether boards are surfaced or unsurfaced. Board – lumber that is less than 38mm standard (2in. nominal) thickness and greater than 38mm standard (2in. nominal) width. Dimension – lumber with a thickness from 38mm standard (2 in. nominal) up to but not including 114mm standard (5 in. nominal)and a width of greater than 38mm standard (2 in. nominal). Dressed size – Dimensions after being surfaced with a planing machine. The dressed size is usually ½ – ¾ in. less than the nominal or rough size. Factory and shop lumber – lumber intended to be cut up for use in further manufacture. It is graded on the percentage of the area that will produce a limited number of cuttings of a specified minimum size and quality. Nominal size – As applied to timber or lumber, the size of which it is known and sold in the market (often differs from the actual size). Rough lumber – lumber that has not been dressed (surfaced) but has been sawed, edged, and trimmed. Shipping-dry lumber – lumber that is partially dried to prevent stain and mold in transit. Side lumber – a board from the outer portion of the log – ordinarily one produced when squaring off a log for a tie or timber. Structural lumber – lumber that is intended for use where allowable properties are required. The grading is based on the strength of stiffness of the piece as related to anticipated uses. Timbers – lumber that is standard 114mm (nominal 5 in.) or more in least dimension. Timbers may be used as beams, stringers, posts, caps, sills, girders, or purlins. Yard lumber – lumber of all sizes and patterns that is intended for general building purposed having no design property requirements. flat and square so it can then be made into furniture.

The sapwood is light-colored to nearly white and the heartwood varies from grayish or light brown, to pale yellow streaked with brown. The wood is generally straight-grained with a coarse uniform texture. The degree and availability of light-colored sapwood, and other properties, will vary according to the growing regions.

Ash machines well, is good in nailing, screwing and gluing, and can be stained to a very good finish. It dries fairly easily with minimal degrade, and there is little movement in performance.

Ash has very good overall strength properties relative to its weight. It has excellent shock resistance and is good for steam bending.

Furniture, flooring, doors, architectural millwork and moulding, kitchen cabinets, paneling, tool handles, baseball bats, sporting equipment, and turnings. It is particularly suitable for food and liquid containers since there is no odor or taste.

Board Foot and Pricing Calculator

Wood slab pricing is calculated by board footage (1′ x 1′ x 1″). Other factors such as wood species, uncommon sizes, figuring or character will also affect final cost. To get a basic idea of a cost range for the raw wood, you can enter dimensions below. Pricing ranges from $7-$50 per board foot. Most domestic hardwoods (other than walnut) range from $12-18.

We offer a full range of additional services from dimensioning to finishing to custom bases, brackets and fabrication.